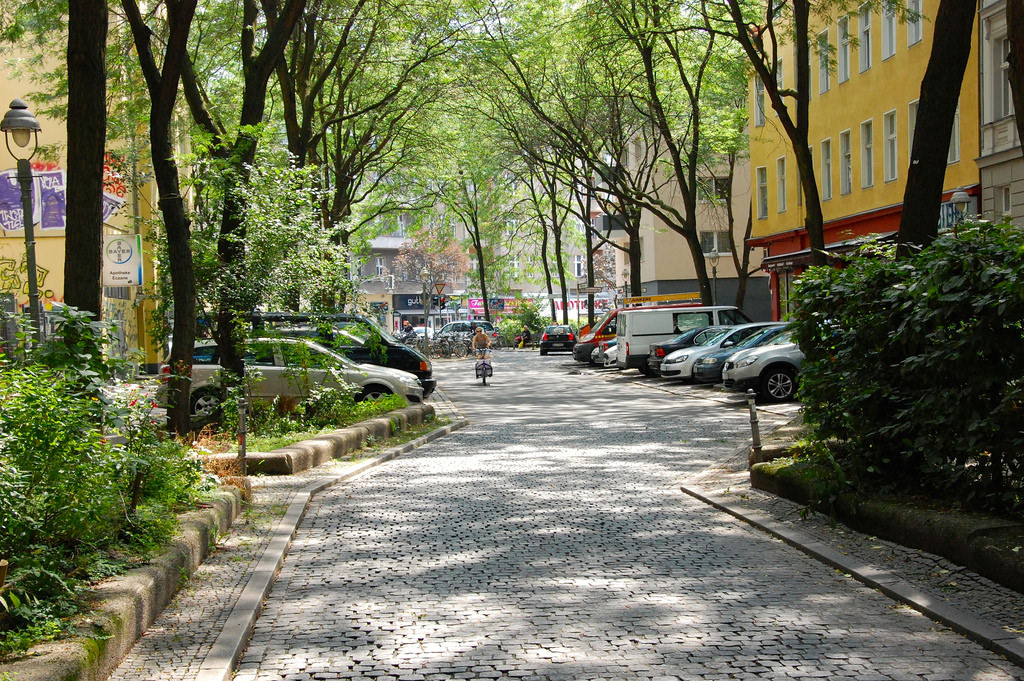 I learned a new word today.

I’m the second oldest person in our office so sometimes I feel like I’ve plateaued compared to my peers. But not today because I just learned about a woonerf.

For those of you also learning today, a woonerf is, as defined by the all-knowing Wikipedia, a street designed as a distinct concept where equal priority is given to all modes of transportation including automobiles, bicycles, and pedestrians, usually with separate rather than shared right-of-way.

What that means is a street where, by design, cars don’t have priority. In an ideal world this means pedestrian and bike-friendly roads where car traffic is slowed to make it less dangerous. While it may seem obvious, the problem with making the road design prioritize cars is that when they make a mistake that impacts pedestrians and cyclists, that impact is often catastrophic. It’s also the basis of Vision Zero that campaigns for the elimination of traffic violence for all road users including drivers, passengers, pedestrians and cyclists.

To lessen the impact we need to slow cars down in neighborhoods and make the drivers pay attention. We can do that with curvy roads filled with street-level activity.

There is growing rationale for woonerfs. Look at the data from the King Street Pilot in Toronto. Business is up, and traffic moves better. Then there is the idea that we could play on our streets again. Recently, people started playing street hockey on King Street. Impromptu fun, bringing people together, and making way for streetcars brings life to our streets.

So what’s the downside? There’s the cost of redesigning roads as well as buying and maintaining planters that can handle snow plows scraping them. But more than simply new infrastructure, there is the mental cost. There is a consistent problem with implementation once government bodies get involved. For example, the temporary speed limit posts in the middle of Ottawa streets are there to slow traffic. What I see though is people swerving around them into oncoming traffic because…they have trouble with the size of the lanes? When these posts end up heavily damaged, it seems to mean that drivers can’t be bothered.

Good ideas sometimes die with implementation. My guess is that on the altar of consistency and cost cutting, this kind of idea could die. That doesn’t mean we can’t learn from the mistakes of others.

Woonerfs have been around since the 70s. Surely other cities have figured out the pitfalls we should watch for. I think Ottawa should give it a try. I was chatting with a colleague about this and we vote for Clarence Street between Sussex and Dalhousie. Just imagine the patios… and the boost to local shops and restaurants where the sidewalks are big enough for a wander…. and there is landscaping – and benches and trees – to rest and enjoy our beautiful city.