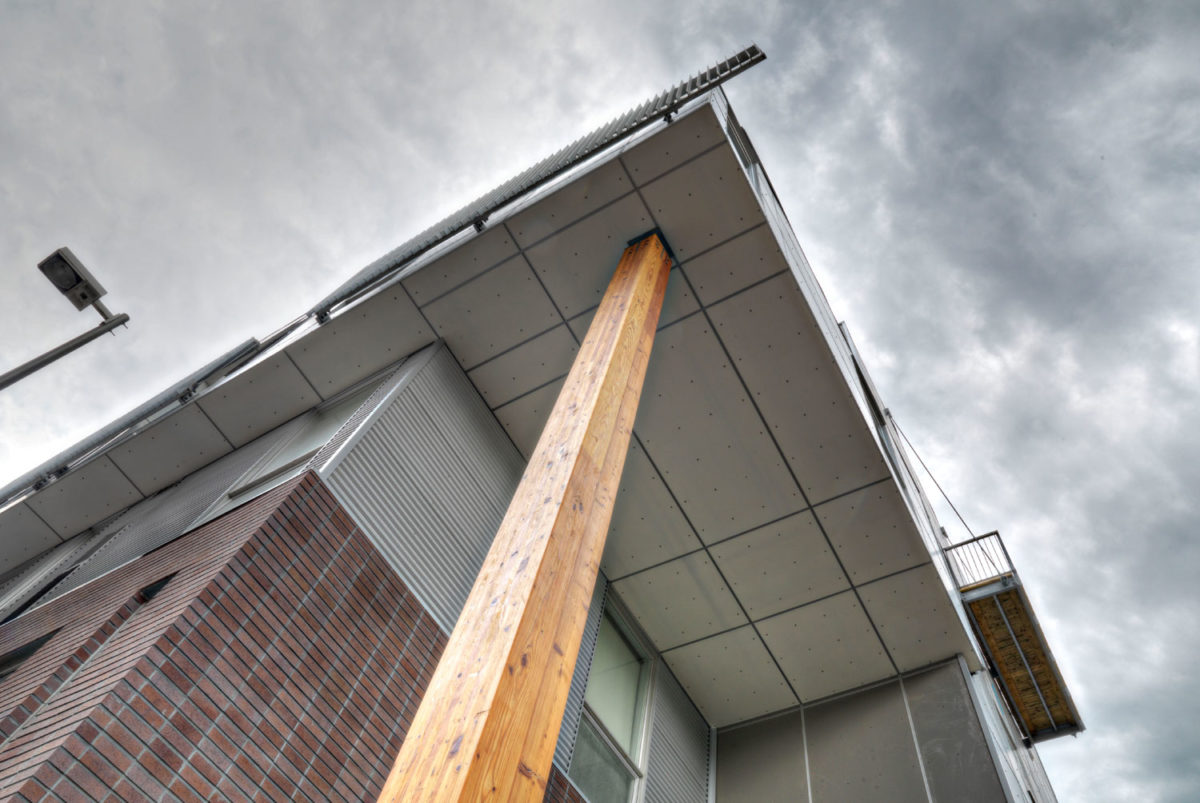 Having watched the debate on the NCC’s deliberations for site selection of the Ottawa Hospital Civic Campus, the news last week that Site 12, formerly the Sir John Carling Building has been recommended is disappointing, at best. Here’s why we, the citizens of Ottawa, may come to regret this choice.

To be clear, I’m fully on the side of the #protectthefarm movement; keeping active research lands is critical and the Central Experimental Farm, aside from being actively used as world class research land, is a key piece of Canadian heritage and is the kind of open greenery that makes Ottawa a wonderful place. So, in the same vein, I’m against widening Baseline or Fisher to make it more convenient for cars, at the expense of farm land.

Keeping a hospital central is key; there is already a hospital for the east end (Montfort) and South and West (Queensway Carleton). Maybe population growth means we also need another hospital in the south end to serve growing populations in Riverside South, but that sort of land-use planning is beyond the scope of this blog. It’s critical that a major hospital serve the hundreds of thousands of people living inside the greenbelt. And of course, there is the General Hospital and CHEO.

So in looking at all the sites that the NCC reviewed, when it comes down to their key recommendation, they wisely picked the Tunney’s Pasture site. Lets compare this to the site ultimately recommended by Minster Jolie, with the support of the City of Ottawa:

Lets look at these in more detail on a site by site comparison.

Planning a hospital is critical for good access to and around the buildings to allow for growth, access, natural light, views and serviceability. The SJC is already hamstrung by its configuration and topography; while challenges like this can sometimes result in great design, this takes more work, more skill and, ultimately, may take more money to resolve than an idealized site.

Both sites have potential for great city-building. The Tunney’s site, however, has the greater potential to improve the under-utilized space north of Scott Street and become an anchor for the redevelopment of the entire complex. The new hospital would occupy less than half of the overall site, leading to a sustained drive to redevelop the rest. The Master Planning already done can be modified easily and may well receive new life if the hospital were to become the “anchor tenant” for the site. Yes, some buildings have to be demolished, but that is likely inevitable anyway, given the age/condition of the buildings. Access to the highway, and surrounding roads are good, with paramedics stating that the site is fine. Yes, Parkdale needs to be improved, but that’s the same regardless of where the hospital is located. Other streets can be improved, if needed. The SJC site has a major road, Carling, at its door, but Preston has no access to the highway so access is actually worse. Preston is a good street, newly redeveloped, but is not a major thoroughfare like, for example, Holland Avenue, serving Tunney’s. And access from the south, via Queen Elizabeth Drive isn’t great either.

The biggest difference between the two sites is probably the access to public transit. Tunney’s is on the new LRT, part of Ottawa’s 1 billion dollar public transit investment. Until later phases are implemented, it’s the western terminus of the line. This will be extended between 2018 and 2023 (based on the City’s own website and info), well before the new hospital is ready to occupy. The SJC site, however, is on an existing diesel rail line, the Trillium Line. This light rail service is subject to periodic outages, is limited in capacity by its existing tracks and difficult to upgrade. While it does have regular service to Carleton University and is a key component of North-South commuting, it currently has four stations, upgrading to 11 more before the new hospital is built.

We need to be looking at a post-car world. The new hospital will take a decade or more to plan and build; by that time, there will be fewer cars, and more of us will be needing the public transit that we are investing in today. In the next decade, we need to be reducing not only our own demands on fossil fuels, but making it easier for people to get the places they are going without needing a car. To get to the Tunney’s site, anyone travelling from Kanata to Orleans can get there by LRT (assuming phase 2 and 3 are funded). For those same people to get to the SJC site, they have to transfer to the Trillium line; as anyone who’s had to make transfers knows, the more transfers, the more time, the less likely people are to bother. Why not make it easier to get there by building on the very line that we’re already paying for, and hoping high-use development will be built around?

Lastly, lets look at the sites themselves. Tunney’s is ideal in shape and is fairly flat; its already covered with a lot of parking and can be reused/repurposed; views of the Ottawa river are plentiful. The SJC site is hilly, and there are some geotechnical issues that will impact the design (according to the NCC report). While this can be overcome, it will be with cost; new development in the area, including condominiums and other apartment buildings, will be impacted by the increased traffic. The greenspace will be impacted as well as the UNESCO World Heritage Site of the Rideau Canal and heritage buildings of the experimental farm.

Both sites have the potential for great city-building. But Tunney’s has long been in the planning for a major redevelopment; it is ripe for growth around transit, with nearby access to the Ottawa River and Lebreton Flats. Locating the hospital on this site will provide the stimulus to develop the rest of the site around it, bringing jobs, homes and businesses to the community in the 60+ acres that remain and the existing communities of Wellington West & Fisher Park. The SJC site is limited for future growth, only able to expand into the communities nearby. The Centretown West and Little Italy Communities are as equally ripe for growth as those around Tunney’s but are already pressured by current growth. Tunney’s can, in the balance of it’s existing campus, already absorb more growth without impacting the community.

Lastly is the cost. Comparative costs of the land are a red herring. Both are federally owned and would have to be transferred to the Province. The Tunney’s site has potential value in that if it were carved up and sold to developers, it is probably worth more than the SJC site, which, likely, wouldn’t ever be sold to private interests. But that’s a moot point, the sites are both federally owned, and can be sold to the Province for a nominal amount, representing a combined interest in a vibrant, healthy, National Capital.

Most distressing of all of this news, however, was that the NCC normally bears the brunt of public ill-will for bad planning and consultation. In this case, however, they did a good job, hired the right people and produced a timely report that set out objective criteria, measured them and then they recommended a site that works. This recommendation was then overridden for political reasons, to pick a different site that they didn’t recommend, for clear reasons.

If I have a sore tooth and go to the dentist to get help and advice, I don’t then second-guess my professional’s recommendation to fix the problem because I think I know better, or have a vested interest in an alternative medicine. I listen to the advice I’m given because I trust the people I hire. If  I don’t understand, or don’t like the answer, I might go get a second opinion from another doctor, or ask questions.

The same applies here: a site was recommended for specific reasons. It’s the right shape, topography and has good access and its on the most significant public transit investment in Ottawa’s history. For political reasons, a more challenging site that will impact heritage and with more limited transit access was selected. While it’s “fine”, it’s a compromise at best.

A new hospital takes a decade to design and build (that’s another blog) and will last for generations. When planning for something that is going to impact the health of Ottawa’s citizens for generations, shouldn’t we demand – expect – that this be a depoliticized decision that is made, based on the best of all possibilities?

Don’t get me wrong: a new Civic Hospital is going to be welcome, but why compromise on the very things that make the site work best.

Ottawa is going to be stuck with this decision for decades. Future generations are going to look back and wonder why, given the chance to do this right, we didn’t.