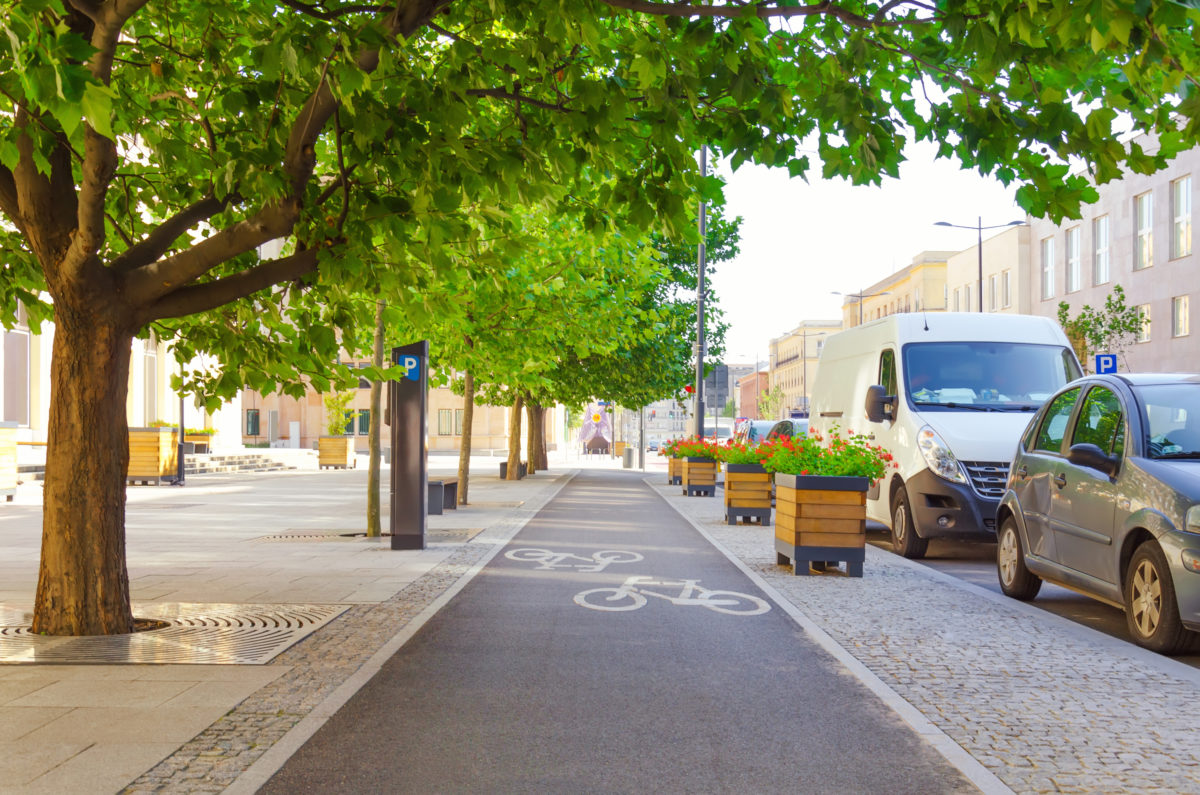 Infrastructure is defined by the Cambridge Dictionary as, the basic systems and services, such as transport and power supplies, that a country or organization uses in order to work effectively. Infrastructure includes the bike lanes and roads that take us to work and school as well as the buildings where we live, work and play. In fact, each province and territory has a department devoted to infrastructure and Infrastructure Canada exists at the federal level. As there is infrastructure all around us, having it be as green and sustainable as possible is beneficial for the current and future generation of Canadians.

For infrastructure to become green, we need to invest in our cities. According to Architecture 2030, global cities are responsible for a large portion of greenhouse gases (GHG). If funding is provided to cities for sustainable infrastructure, we will cut down on the GHG emitted, and help to make the world a healthier place for all. This funding is necessary for all areas in the architecture/engineering sector including the manufacturing facilities for materials to construct the buildings.  All of our materials should be fabricated with lifecycle sustainable practices in mind. From start to finish, eliminating GHG should be in the entire infrastructure process.

Investment in energy efficient buildings pays off in the long-run. In terms of sustainable buildings, as I said in my The Globe and Mail article from February 2017, Just as today’s consumers are willing to pay a little more for organic food, tenants will pay more and stay longer in green buildings. Consumers who live in green buildings know the long-term environmental value. BDC – the Business Development Bank of Canada, the crown agency that supports 42,000 small and mid-sized companies – says, green retrofit improvements usually pay for themselves within two to six years. Deep retrofits will take longer to pay off, but they will pay off in the long term.

Buildings account for nearly half of the energy produced in the United States. When you add transportation, that jumps to nearly three quarters of all energy produced. Of all this energy, operations of a building consume the largest share of the pie.

Operational energy is interesting. This is the energy needed to turn on lights, run the heating and cooling systems, power the computers, cook our meals, run the elevator and ring the bells on the fire alarms that keep us safe. A lot of this is energy we need just to do the ordinary things we are used to doing. But because a new building today is going to be around for the next 50 to 100 years or more, we can predict how much energy the building will need over its life. Reducing that demand is critical. Once the energy inputs have been reduced, then we need try to generate as much energy on site as the building needs from solar panels and wind turbines. This isn’t complicated stuff: lower the demand and produce on site where you can.

Now let’s factor in transportation: imagine a conventional new building where we need people to drive to it for working or living. Even if we reduce the energy of the building, we’ll have fifty or more years of transportation costs to get to the building, as well as ship products and materials to it. So now imagine putting that same building in an urban setting where there are existing transit networks, and roads to bring materials to service the building’s needs. Now we’ve reduced the transportation aspect significantly.

Imagine combining a building with low net energy demand, in an urban setting where there are existing transportation networks. Instantly, we have a sustainable approach to built form, that has minimal impact on the environment.

When the government touts plans to invest in infrastructure, we need to think about buildings for these very reasons. Sure, roads are always shovel ready, and we can throw money at patching potholes, but these quick fixes are not going to last. If anything, they exacerbate the GHG problems by making it easier to commute with wider highways and faster roads. Instead, we need to invest in our built environment: we need to invest in buildings like affordable housing, schools, community centres and cultural facilities. Through this investment, we’ll not only save energy, but we’ll build the places that allow culture to flourish.

When you think about the future, in the year 2050, none of the cars from 2018 will be on the road, yet 70% of the buildings we build today will still be in use.  The massive building boom we’ve gone through over the last 50 years, if invested in properly, will last just as long. Our culture has flourished and our built environment reflects it. Let’s make sure we invest smartly in the years ahead to sustain our society, and our culture, to leave a positive legacy for future generations.

Let’s invest in cities, the heart of where climate action takes place. Invest in density, where we make use of our existing infrastructure like roads, sewers and transit. Let’s invest in places where people live, and reduce sprawl, making our cities vibrant places for culture to flourish.