LRT – a discussion on public interest and P3 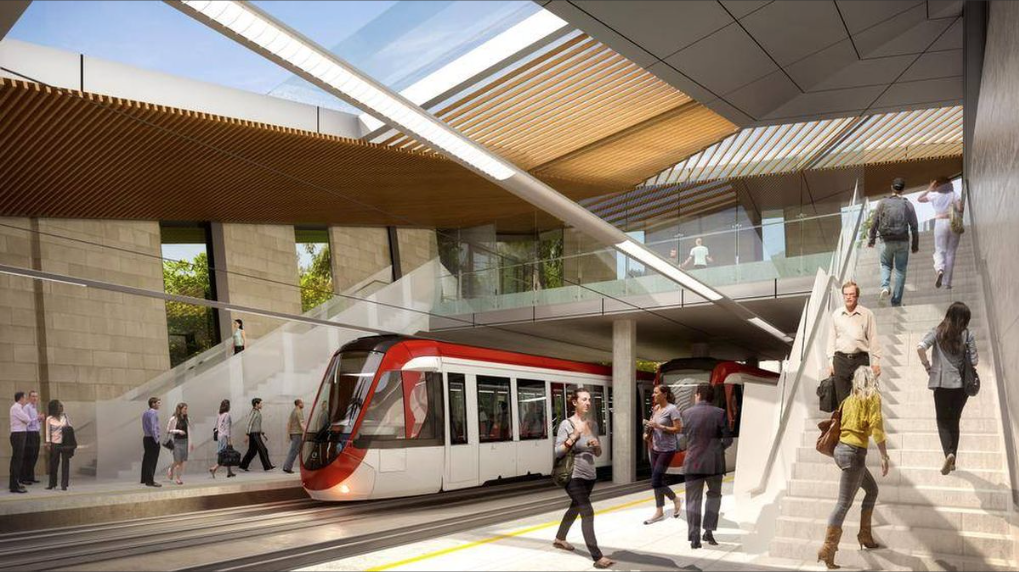 The following are the notes used for my address to Ottawa City Council last Wednesday with minor notes for clarity, as well as links for reference to articles and research. This follows on the publication of the Ottawa Citizen Editorial of February 28 2019 “LRT Stage 2 – Is a P3 Model really the right way to go?”

My name is Toon Dreessen, I’m an architect here in Ottawa, past president of the Ontario Association of Architects,  a Fellow of the Royal Architecture Institute of Canada, past board member of an insurance corporation, public speaker and writer. More importantly, I’m a resident of Ottawa, and have been for more than 25 years. I am a dad, and soon to be grandfather, so I care passionately about the City and its future. I believe that design, which is driven by the procurement model, fundamentally affects our socio-economic health, our sense of worth, value and sets the course for our future. In this light, I and a few others are part of a national movement to raise public consciousness about the role of the built environment in society through policy.

Thank you for allowing me 5 minutes to speak on this complex subject, one that is going to have huge ramifications for our social, economic and sustainable health for generations to come.

There is no debate that we need to build Phase 2 of the LRT. We could spend hours arguing over why Phase 1 is, “a stunted 12km system that is going to clog in the Tunney’s pasture area and Blair station” (quoting Mayor Watson), but that ship sailed. We could likewise spend time debating the route, station design and other aspects, and hopefully we, the public, will have a chance to at least have some transparent dialogue in the public interest on these subjects but its increasingly looking like that won’t be an option.

Why I’m here today is simple: its to ask some key questions of you, our elected officials, who are empowered to make decisions on behalf of us, the people.

You, city councilors, have been given days to read a complex report, and asked to trust staff who seem to wave off concerns that you are rightly raising. No disrespect to staff, but you, our council, are the ones asked to sign off, and be held accountable to the public interest.

A point of clarity, Mayor Watson took offence to this, suggesting that I accuse staff of brushing off responses; in the presentation to Council, I rebutted, clarifying that Council is asking questions, but that answers provided do not seem to address the question; this is as reported in the news where Council have expressed their frustration and is driven, in part, by the short timeline, and opaque contract model. For reference, CBC Ottawa Morning interview with Councilors Brockington and Meehan on February 25, 2019 covered this ground including comments from Council Deans concerned that the time frame isn’t reasonable, phase 1 isn’t even running and the cost has skyrocketed. Councilor Meehan wondered why this is such a rush if we’ve known about this since November but Council only has 10 days to review, feeling like Council is being asked to rubber-stamp this project without the chance to review and consult. Councilor Brockington expressed surprise at the amount of cost increase; he mentioned that the City has hired the best in the field, but because there are a lot of similar transit projects going on, there is a shortage of talent so the cost has gone up. Questions that come up as a result of this:

At its most basic, we must ask ourselves: a P3 project is set up to contractually guarantee a profit to the shareholders of the company delivering the work, over a generation, for something that costs society something today. We subsidize transit because it’s a public service and doesn’t generate a profit. Why do we think that a private company will be able to make a profit doing something that we lose money on?

And if it makes a profit, shouldn’t that profit be used to help society? Provide better public services?

A P3 project will cost more. We’ll pay easily double the interest rate because private financing is more expensive than if we borrowed the money. Is this extra cost worth it? The difference in interest rates alone is likely hundreds of millions of dollars. Think of how much affordable housing, how many multi-modal transit projects, or community centres and libraries that could buy.

P3 projects may have hidden costs, costs that are never revealed and hard to account for because of the nature of the contract and the intricacies of the model. This has been well documented by investigative journalists, the ON Auditor General and others who have concluded, for example, we spent $8 billion more to build P3 hospitals than through regular procurement models.

The same report identified that risk transfer is based, in part, on the assumption that the asset (the LRT) will be worth more at the end of its contract than at the start. This assumes that the P3 contractor will want to build and maintain a system so that it has greater residual value at the end of its contract. Imagine if you leased a car and had 3 months left on the lease: would you put in thousands of dollars’ worth of preventative maintenance to make sure that whoever takes over the car at the end of the lease has a better car than what your contract requires?

There will be extras. The idea that “there is no extra cost to the taxpayer” is a pipe dream. The UK invented this model and recently found that it cost them 40% more to engage in a P3 than relying solely on government financing in a traditional model. Instead of controlling the extras, we are paying in advance for them, embedding them in the contract and then facing an unknown list of other extras we don’t contemplate, or account for, down the road when some other elected council must face the music.

What is the real and reputational risk of failure? When Carillion Construction, a large P3 provider with contracts in the UK and Canada collapsed last year, it cost the UK government 200 billion pounds. Sure, someone else could step in if SNC collapses, but what’s the cost in dollars, public trust, and spillover ramifications?

A generation ago, we designed and built our BRT system; we purchased the buses and we maintain them to this day. As LRT is set to do, this transformed our city. Why do we think that we cannot do the same again? The scale might be different, but these are known skills, its within our wheelhouse, and within our capacity. (As a point of clarity, Calgary recently decided to enter into a Design-Build-Finance contract for their Green Line LRT as a version of a P3 model; under this the proponent is designing, building and financing, but the purchase of vehicles, operation and maintenance remain in public hands. As an issue of transparency and Council engagement, Calgary Council was provided 3 information sessions, opportunities for one-on-one meetings and ultimately, approval at Council over an 8 week period; the DBFVOM (design-build-finance-vehicle supply-operate-maintain model was deemed to be significantly less Value for Money).

We could take control of our infrastructure if we wanted to. The choice is ours. More to the point, the choice is yours. Choose well.

Other articles that may be of interest:

How governments should hire (by Toon Dreessen)
How to design a mediocre building (by Alex Bozikovic)
The hidden price of P3 (Barrie McKenna)
The risk of collapse (CUPE article)
Why do infrastructure projects go over budget (by Matti Siemiatycki)
P3s aren’t always the ticket for transit (by Matti Siemiatycki)
The auditor general report on how P3 hospitals cost $8b more
How the collapse of Carillion cost the UK gov 200 billion pounds
How the failure of the P3 cost extra to make jail windows non-breakable
How windows in a P3 built school can’t be opened.
General shoddiness of the finished product
Why is a bridge advertising?

Of course, profits from public services are another subject. See tab “public private partnerships” here. As well, this article from the Tyee addresses this subject.