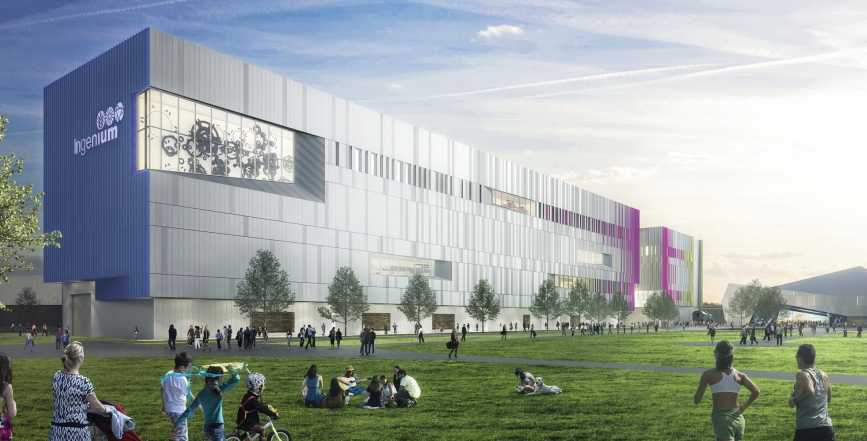 The other evening I was driving home and listening to CBC Ottawa’s All in a Day with Alan Neal. He was interviewing Canada’s Auditor General Michael Ferguson on the Phoenix payroll system.

When the payroll system was in the beginning stages, the federal government had a budget of $155 million. IBM said that for all of the features that the government wanted, it would cost $274 million. Instead of going to the Treasury Board to explain the situation and need for a higher budget, the government went ahead anyways and now the Phoenix system is what we hear about today: a mess.

What connection does this have with architecture? In all projects, there is the need for long-term planning, not just thinking about the short-term. This thought goes back to the Ottawa Citizen op-ed I wrote back in March on the Canada Science and Technology Museum’s new Collections Conservation Centre. Tom Spears reported that the Conservation Centre could be too small within 5 years. This is like buying your child a pair of jeans and expecting them to fit for years and not taking into account growth spurts. Not the best idea.

So what can be done? Mr. Ferguson said that there needs to be a shift in government culture. I couldn’t agree more. There needs to be planning for the long-term rather than band aid solutions. The Auditor General also spoke on the Champlain Bridge in Montreal. This bridge has accumulated $500 million in extra maintenance costs which could have been avoided had the bridge simply been replaced at the end of its normal life, or maintained properly.

Its not hard: if you know you are going to need a new coat next winter, and its going to be expensive, you save up along the way and buy the best value. Or, you don’t save for it, but buy it on credit and pay a bit more in interest charges. We have the same choice with our infrastructure. 24 Sussex isn’t a $30 million repair bill, its 20 or 30 years of deferred maintenance and funding for major systems repair.

The simple solution is proper procurement. Instead of buying the services we need to meet the minimum scope today, we need to be buying the services of professionals who are looking out for the best value, the best approach and the best long term vision for excellence. Instead of tying the consultant’s hands and limiting their innovations, we should hire people to give us the best advice and deliver the best value, in the public interest.

The bigger solution is a cultural shift within society.

When I submit a bid on project, I do so based on a fair assessment of what the project needs, and how I can deliver it. A while back, I submitted a bid and scored very highly on technical merit but received the lowest fee score and, as a result, lost the opportunity to provide services to a major crown corporation. Shouldn’t government expect that highly skilled people will expect to get paid a fair fee for their work? And wouldn’t society be better served?