From Sears-Simpsons, to Sears Canada, to no more Sears 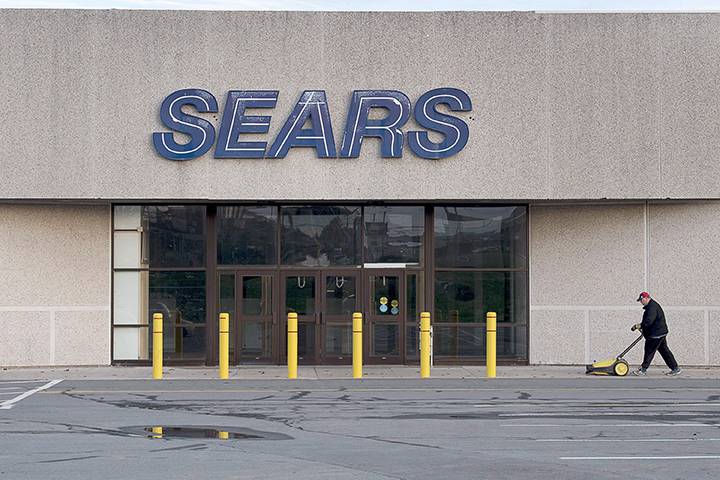 Sears Canada, at the beginning Simpsons-Sears, began in 1952 as a mail order company where people bought household and clothing items. Until 2017, when the Canadian company filed for bankruptcy, Sears continued to sell via magazine and also in store. The first Simpsons-Sears stores were opened in Ontario and British Columbia before more stores opened across Canada. In the late 1990’s, the then named Sears Canada, bought the bankrupt T. Eaton Company Limited, another historic stalwart of Canadian department stores who had fallen on hard times.

Sears Canada fell on challenging times in 2009. After attempts at rebranding and an advertisement in 2014 featuring Canadian actor Mike Myers and his brother Peter Myers, who worked at Sears Canada for over 30 years, the company received court approval in 2017 to close all stores in Canada.

One can only imagine what a challenging time this has been for all those who were employed at Sears Canada and their families. What we can hope for is that employers in local communities where the Sears stores were located hire these former Sears Canada employees. We can bemoan the loss of retirement savings and hope that this spurs legislative change to protect those who worked, and saved, all their lives to not see their nest egg vanish. This certainly says something about corporate interests, and a loss of good governance…but those are topics others can write about.

We need to move forward when we’re thinking about Sears. Though the retailer may not have survived, the buildings that housed Sears Canada can be repurposed for the needs of Canadians. The issue of affordable housing for those of lower income is important, as is the issue of housing affordability for all, particularly those in Toronto and Vancouver. The Sears Canada locations could be used to build affordable housing for local communities. The buildings have, in general, good bones, but do need some work, some investment. However, they are well positioned to be useful and adaptable.

Think about the ideal things we want where we live: transit, shopping, and established communities so that residents are integrated into a social network. Let’s consider the Sears stores at Carlingwood Mall and St. Laurent Shopping Centre in Ottawa, or Cornwall Square in Cornwall. In all three locations, the Sears store was an anchor tenant in their respective malls with these added features:

These Sears stores all need work, but the bones of the malls are probably good: high ceilings, good structures and essential services. The stores have no windows and probably have their share of legacy challenges including little or no insulation in the walls, aging roofs and the like. However, each store probably has at least one elevator, a large open space for escalators, and is connected to the mall infrastructure with gas, water and sewer connections. The stores also likely have large electrical services and may have back-up generators; these would have all been in place to serve the retail needs of the time.

Replacing the roof membranes and tearing out the walls to put in new insulation, windows and walls would not be hard. I have had the opportunity to see inside one of these stores, and know that an additional floor could be inserted inside each level of the building, creating four floors of residential space. Creatively carved up, you could put a two storey, 900 square foot unit on each of the two floors, turning a two storey building into a four storey building, easily bringing 40 or more residential units to each Sears location. The middle void space could fill the opening for the escalators with a sky-lit atrium, circulation space and create an indoor public street that connects to the mall, giving residential tenants easy access to shopping and transit connections.

After work on the stores is complete, then work can be done for better use of parking at each mall. St. Laurent has an aging multi-storey parking garage that’s seen better days, as does the Cornwall Square, though in both cases, the garages can be salvaged if needed. Carlingwood has a moat of surface parking, as does St. Laurent. Renovations could be started by tearing out the parking garages and asphalt to fill the moat of parking with new, moderately scaled, infill development. Fill that moat with 4 to 6 storey residential units, bringing buildings closer to the street and creating car-free, walkable, courtyards in the intervening spaces. Reserve some of the space for a few higher density towers.

Look at it this way. These malls, for the most part, struggle to maintain a good flow of traffic. They need a regular clientele to walk past their stores for everything from a coffee to weekly groceries. Sure, people drive to the mall to do their shopping, and weekends or holidays might be busier, but a more regular, steady flow of customers to these malls is only going to help business.

Tearing down these large stores puts a huge burden on our landfills. It also requires disconnection of services and removal of infrastructure systems, often back to property lines. Until this work happens, the stores sit vacant, like a blight on the landscape, decreasing the value and rent of nearby tenants.

Repurposing these stores into residential units is a basic building permit application process. If done right, construction can happen in a matter of months. This means that there is activity on-site, immediate investment of design and construction dollars and within a short time, residents bringing their disposable income right into the mall, adding economic value to the community.

Let’s think carefully about the Sears stores, the money invested into them over the years, and how their retail legacy could be transformed into an affordable residential future for communities across the Ottawa region and all of Canada.

Let’s think carefully before we demolish these buildings: let’s plan how to create more housing, sustainably, in connected urban areas. We can do this, if we’re willing to think creatively.