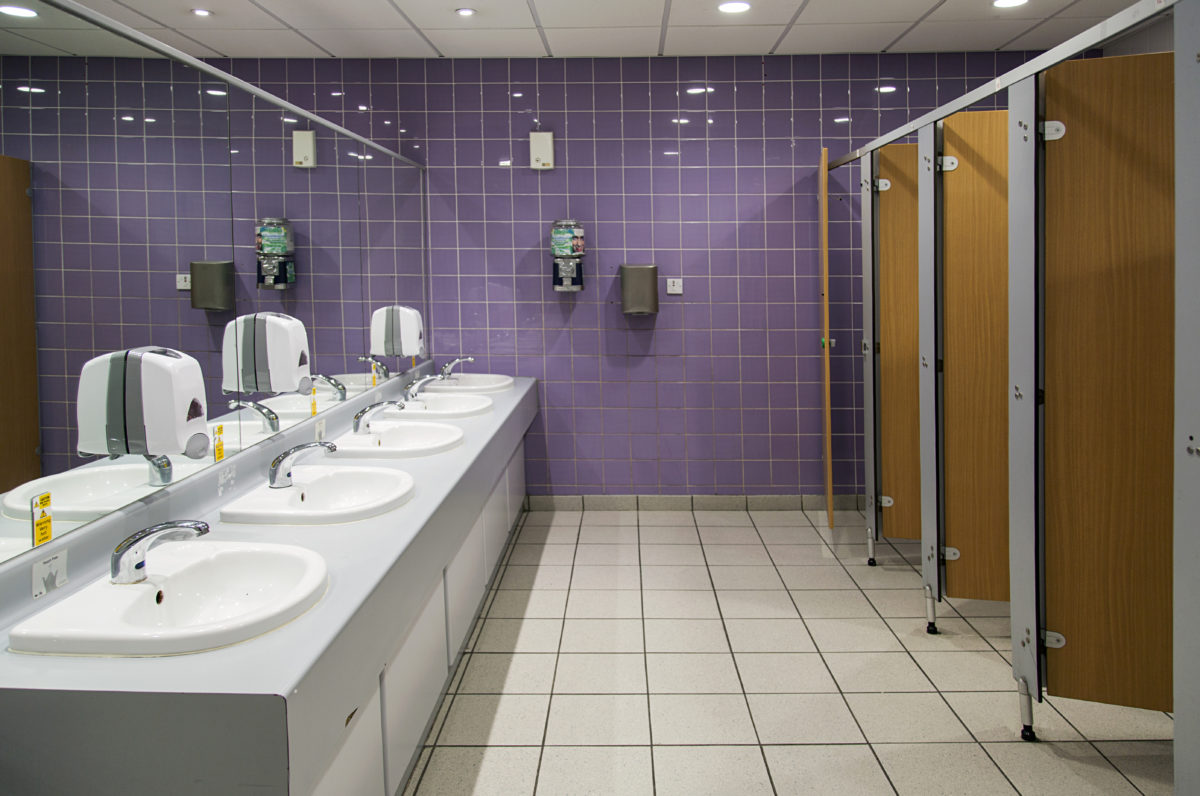 I’m going to start off by saying I have no direct, hands-on, experience with this subject. But I know of it, and that this is often taboo; no one wants to talk about, especially not guys. But, as a guy, happily married to a beautiful woman, and dad of two great boys, I’ve come to see that I need to write this. As a male architect, I have to specify these products, and know something about them.

When designing washrooms, there are always washroom accessories to include. This means soap dispensers, toilet paper holders, garbage cans, grab bars, change tables and the like. In the commercial world, there’s not a lot of options, especially when clients want to stick to a budget.

Most clients don’t want to talk about these details, let alone something as taboo as this. Since most architects are men, over 70% even though more than half the graduates from architecture school are women, and gender disparity is poorly studied in architecture, there’s definitely room for discussion. It seems that little thought is given to washroom accessories and even less attention is paid to something that affects half the population.

So when it comes to specifying vending machines for tampons and pads in women’s washrooms, and the little garbage cans that go into each stall, the default “we’ve always done it this way” is easy. But here’s why we need to think, and talk, about this design decision.

What are we saying about dignity and hygiene when we put a vending machine in the washroom? That when a woman discovers that she’s gotten her period, or has forgotten to bring a discrete bag with her to the washroom (because heaven forbid anyone else in the office know), we, as architects, are going to make her get dressed, slip out of the stall, fish for a couple of quarters in a pocket (if her dress or pants even came with pockets), and then slip back into the stall? Or have to go out of the washroom and find change in her purse, or go to the nearest store to break a $5 bill into loose change? All while hoping her clothes don’t become stained and that no one finds out?  What does that say about dignity and equity?

Then we architects specify the little garbage can in the stall, and make it compete for space with grab bars and toilet paper dispensers, and then make the lid spring loaded so that it’s hard to open. That lid isn’t often cleaned, so in addition to everything else, women then have to worry about the mess that might await before they can even wash their hands to get dressed again.  But we don’t bother to put a shelf in the stall (though universal washrooms require one) so that there’s a place to put a purse or bag. We, as architects, force bad design on women because we can’t be bothered to think about how to address this basic human need.

Here’s the thing, it doesn’t have to be this way: we could put a vending machine in the washroom that’s free. But even that doesn’t solve the problem: we’re still making women have to get up from the stall, cross the room, and back. Some women have told me it’s like a little walk of shame (which it really shouldn’t be, even amongst women in the women’s bathroom but I guess we have generations of public shaming of women in general to thank for this). We could specify a better garbage can; we could make stalls a little wider to given women a bit more space.

In other words: we could change design to make it better, more equitable.

Instead of a free vending machine, we could just put a basket of pads and tampons on the back of each toilet, or on a shelf in the stall, and let women take what they need. One of my staff commented that this might not work, because sometimes stalls don’t even get refilled with toilet paper, but that’s a solvable problem.

It’s bad enough that society forces women to spend more (make up, pantyhose) or blatantly discriminates (more expensive haircuts, dry-cleaning) and pays them 25% less than men. At least the tax on these essentials was removed in 2015.  There is absolutely no reason we need to perpetuate shaming of women, forcing unsanitary accessories on them or penalizing them for not having spare change in non-existent pockets.

As a male architect, I call on my fellow architects to talk to the women in your office.

Talk to your clients. Convince them that putting a basket in the stall is about equity and fairness. And for those who say “we can’t just give women free stuff,” think about this: if a woman needs these essentials, and is at work and surprised to get her period, are we really going to punish her in this way? And if it’s a public washroom, or a high school, and the woman is poor, or homeless, shouldn’t this be the easiest way to bring some equity to those who need it most?