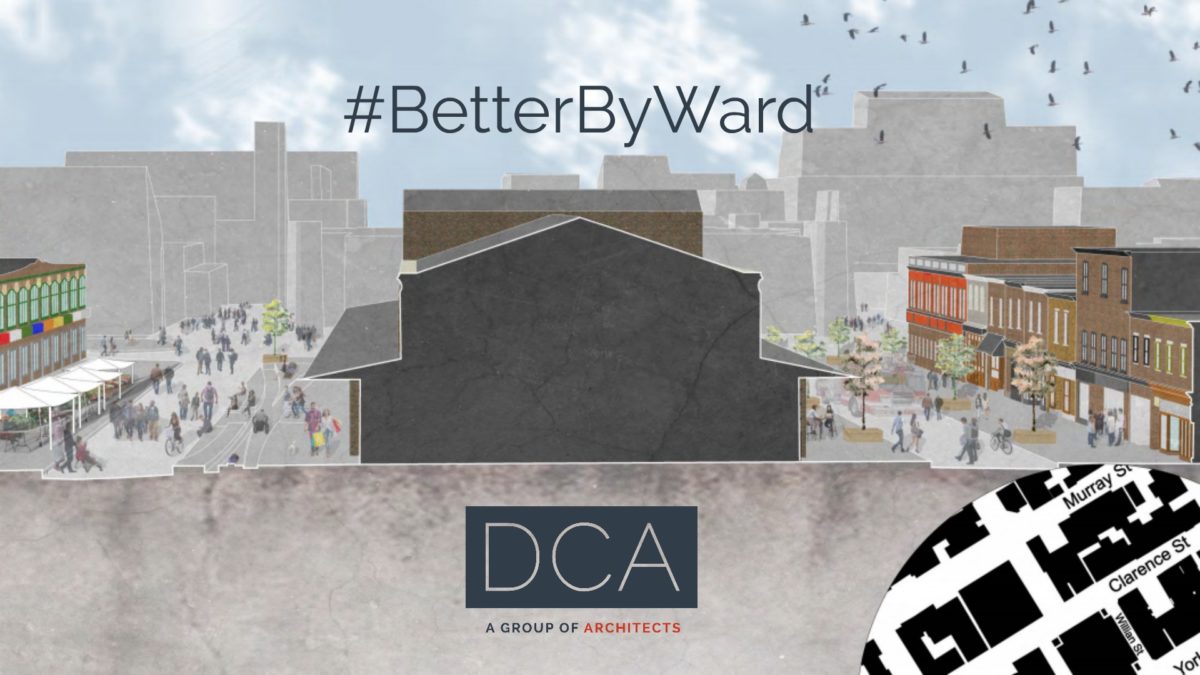 Architects DCA, is on a mission – we want to bring Ottawa’s ByWard Market up to the standards of world-renowned destinations like Vancouver’s Granville Market, Santa Monica’s Third Street Promenade and Boston’s Fanueil Market.

Architects DCA has shared the results of a self-directed research and design report on the untapped potential of Ottawa’s ByWard Market. Key themes included vehicular dependence, the importance of density, and numerous examples of similar public places that have thrived where the ByWard Market has failed. This report provides a  3-phase approach to maximizing the potential of the historic landmark.

A comprehensive visual display is available from October 31st until November 13th on the ground floor of the ByWard Market Square Building and the detailed report is available here: ByWard Market Study – Reclaiming City Streets for People. The Byward Market has long been considered by many urban critics as an overall failure in effective placemaking. However, Toon Dreessen of Architects DCA is optimistic about the future of the Market:

“I firmly believe the ByWard Market can once again be a vibrant, bustling public space that is a draw for tourists and locals alike”, says Dreessen. “But in order to be successful, political will and a deep public commitment to a less automobile-centred environment is vital.”

To learn more about the efforts towards creating a #BetterByWard, contact Toon Dreessen at Architects DCA, at 613-725-2294, 613-276-6695 or on Twitter at @ArchitectsDCA. Thoughts and ideas can also be shared on social media, using the hashtag #BetterByWard.

We appreciate your input and feedback on the future of a #BetterByWard Market. If you have read the ByWard Market Study, please take a moment to fill out this brief survey that will help us understand what ByWard Market issues matter most to you.