Awards: the echo chamber of the mainstream 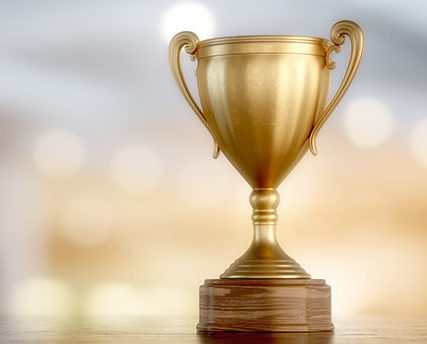 It feels like we’re perpetually in awards season. There’s always some group patting themselves on the back. It makes me uncomfortable. When my kids were in grade school the awards were generally pointless so I saw all awards as harmless praise. My opinion has evolved and I now actually think they are a tool to reinforce the mainstream.

My kid once got an award for not missing a day of school. He got lucky that year and never got sick enough to miss school. But he did not earn that award. We got him to school every day. Given his age at the time, he had no choice. But the school, and society want to reinforce good behaviour publicly so he got an award.

So society was telling the audience what good behaviour looks like; it had nothing to do with my tyke. The sad part was that he thought it did.

I’ve come to the conclusion that most awards do the same thing. The metrics people use to decide who gets the award are irrelevant because they all come down to praise for good behaviour. The people defining good are usually people who are well-respected in their industry. Which generally means they have been good enough to get ahead in that industry. Which leads to the logical conclusion that they will reward the same behaviours that got them to that high achieving place in their industry.

These awards create an echo chamber of good being defined in the same way over and over, so new ideas are not adopted because they are not good. Then someone will notice the way all award winners look the same, or their work looks the same or their behaviour is the same, and they will want to make a change. So they create a maverick award, the term defined by the Cambridge Dictionary as, “A person who thinks and acts in an independent way, often behaving differently from the expected or usual way.” But from the outside it just looks like instead of black socks, they are wearing polka-dot socks – everything else is the same.

The Romans used to make their emperors gods and forced the provinces to worship the dead emperor as a sign of subjugation to the new emperor. It feels like nothing has changed. Entities give awards as a way of subjugating their membership into accepting the status quo. The message being, if you behave you’ll get one too.

I think if we truly want change we need to stop rewarding people for being lucky enough to be in the right place at the right time. We need to stop showing up and paying attention to ceremonies that act as an echo chamber for the status quo. We need to ignore the hype and just live our lives doing the best we can, trying to leave the world a better place than when we came into it. That would be something awesome to award to society.