The owner of this home had purchased an early 20th Century house that had been carved up into apartments and otherwise unsympathetically modified and added on to over the years. After careful review, it was determined that there was little value in the existing structure. A new design, based on the existing foundation, was created. The existing foundation was added onto, increasing the height of the basement to create useable space. The new three storey home, building off the owner’s theatre background, incorporates a double height living room, dramatic open riser stairs and abundant natural light. The finished house includes three bedrooms, two bathrooms, open plan kitchen and dining space, walk out rear terrace and second level balcony. The third floor master retreat is tucked into the low slope roof, maintaining the character of the street; the industrial type cladding creates a contextual reinterpretation of the original community’s blue collar background. Featured in the Ottawa Citizen on several occasions including Glebe house tour. 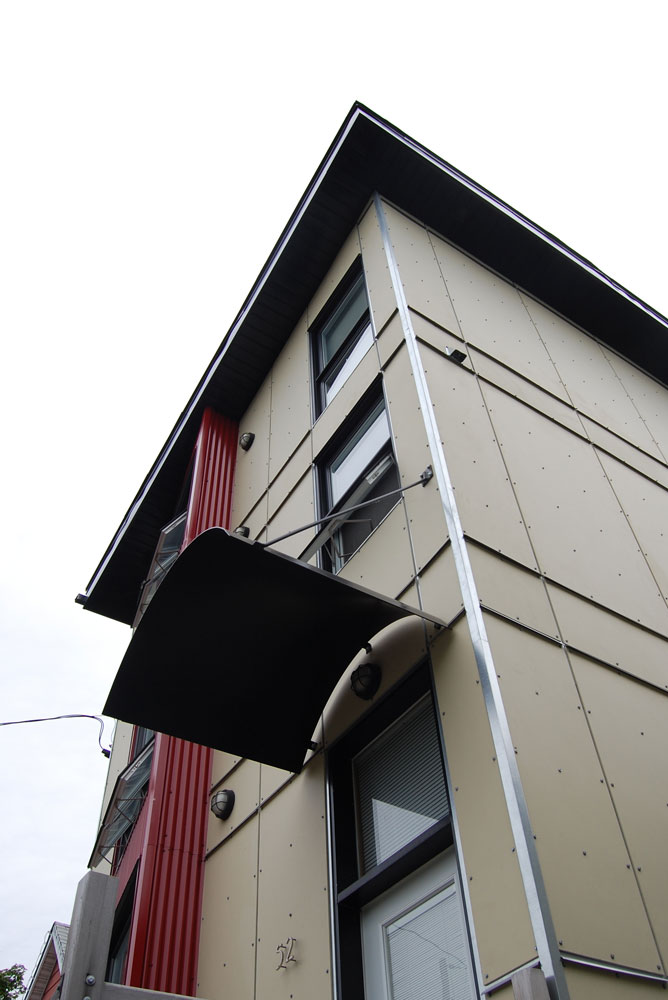 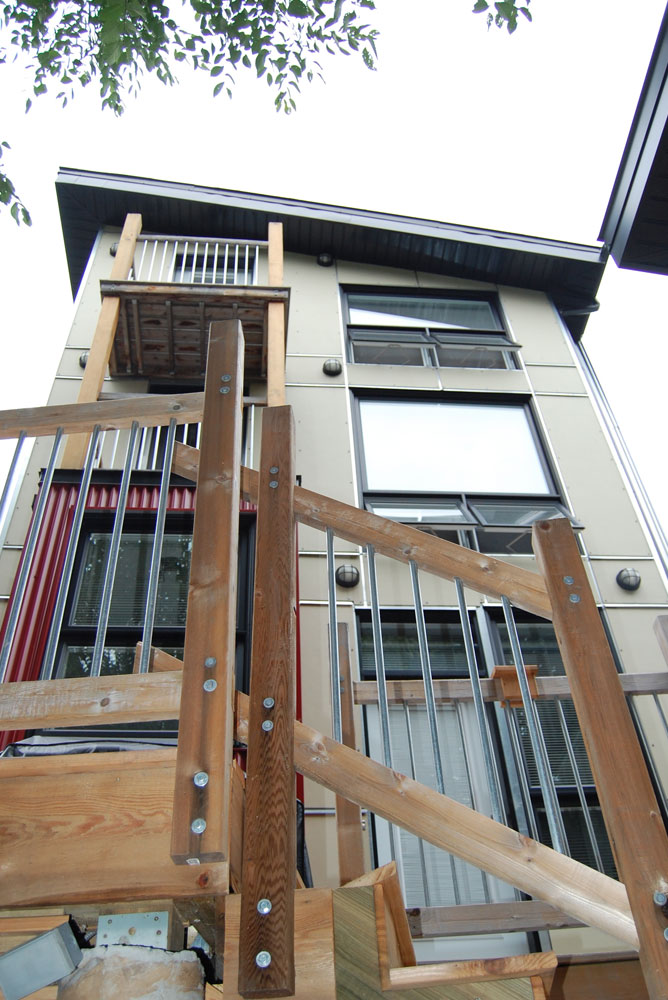 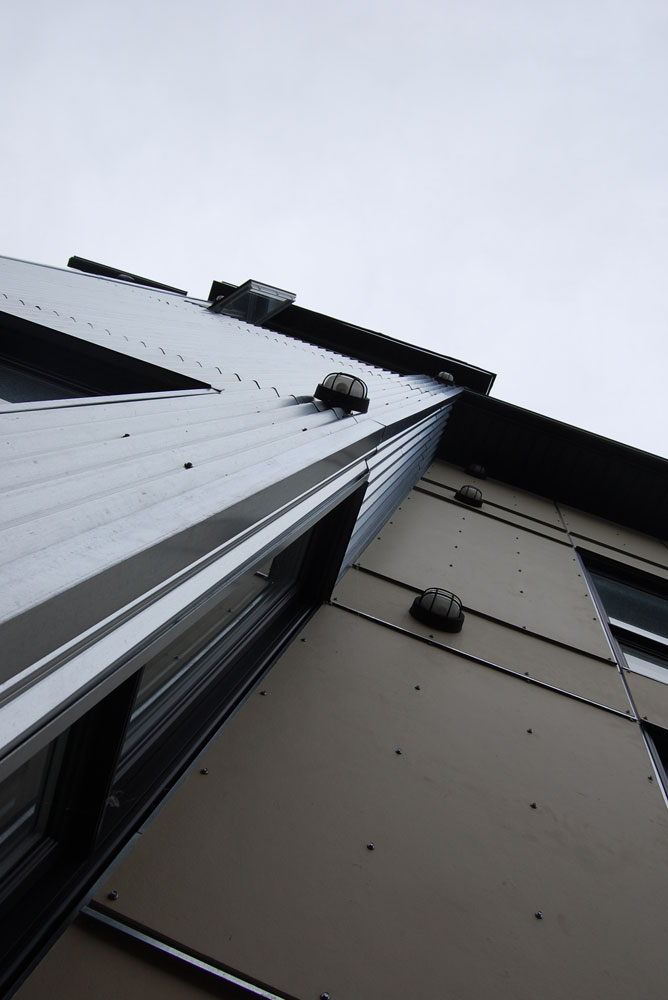 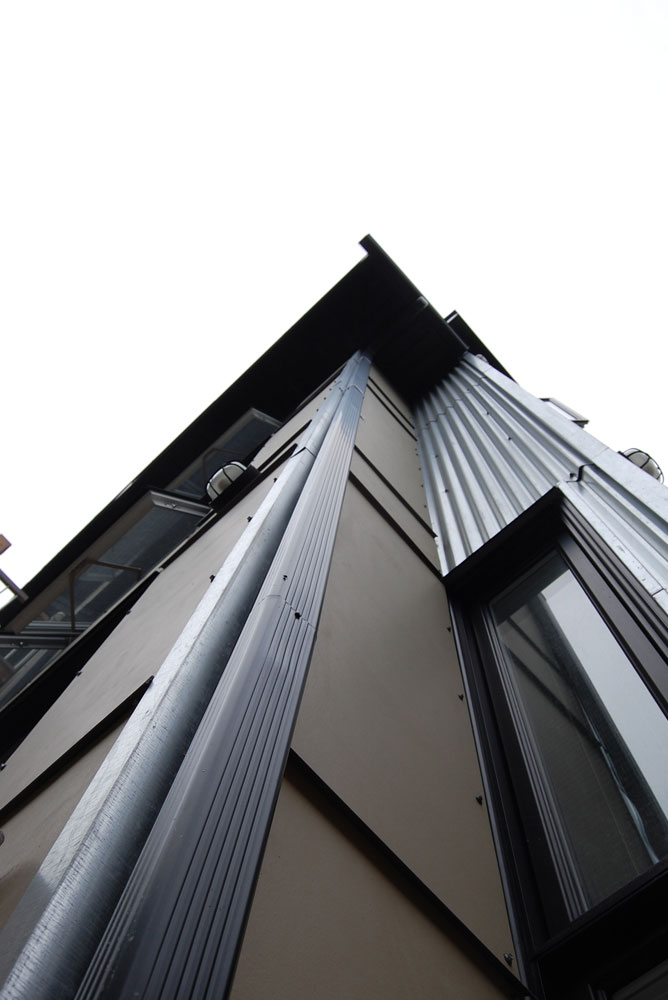 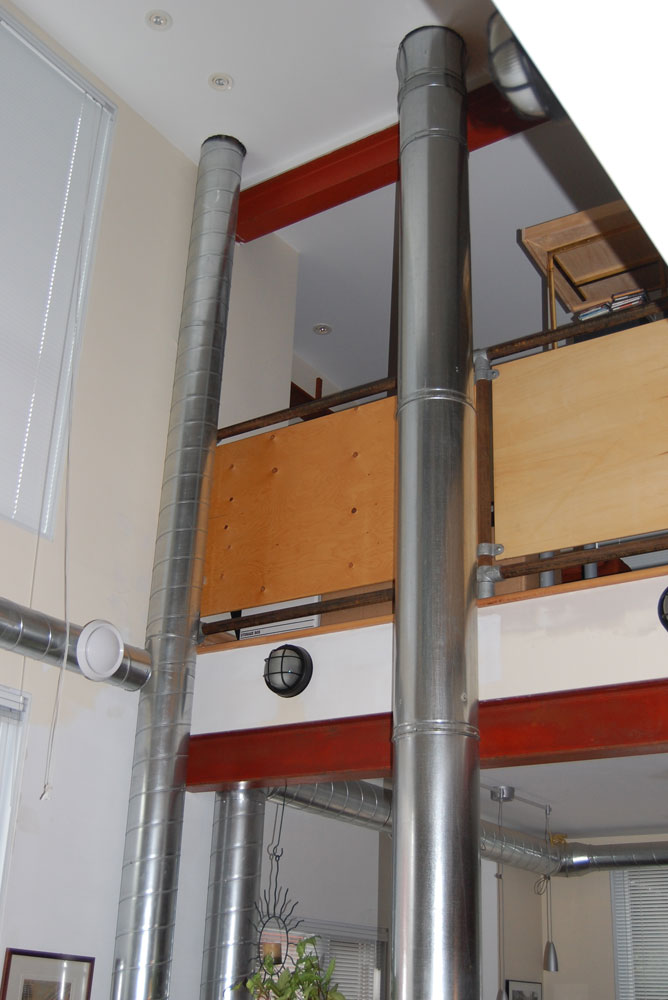 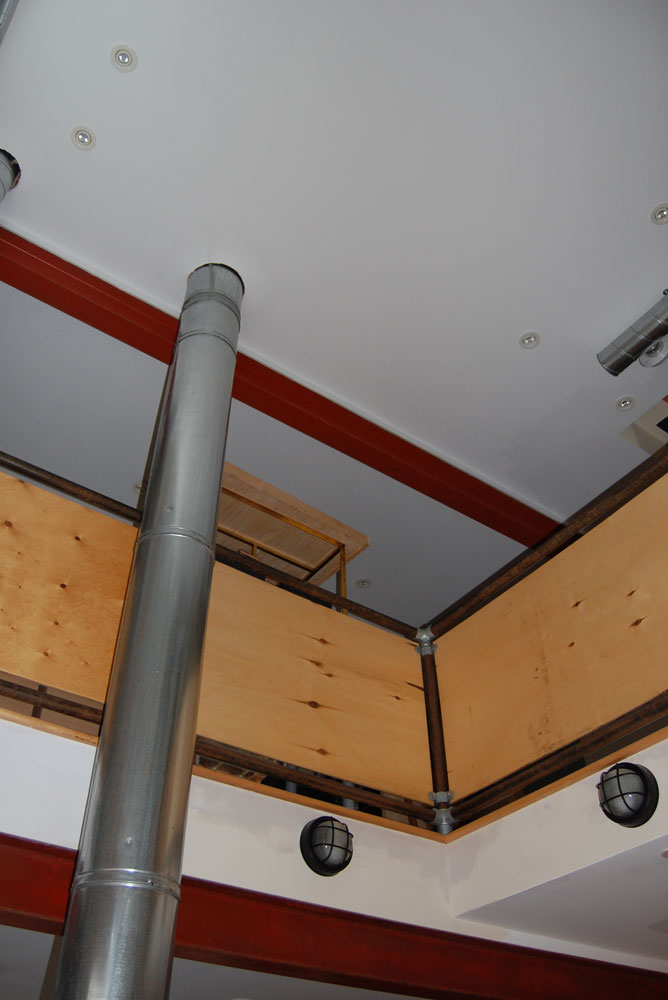